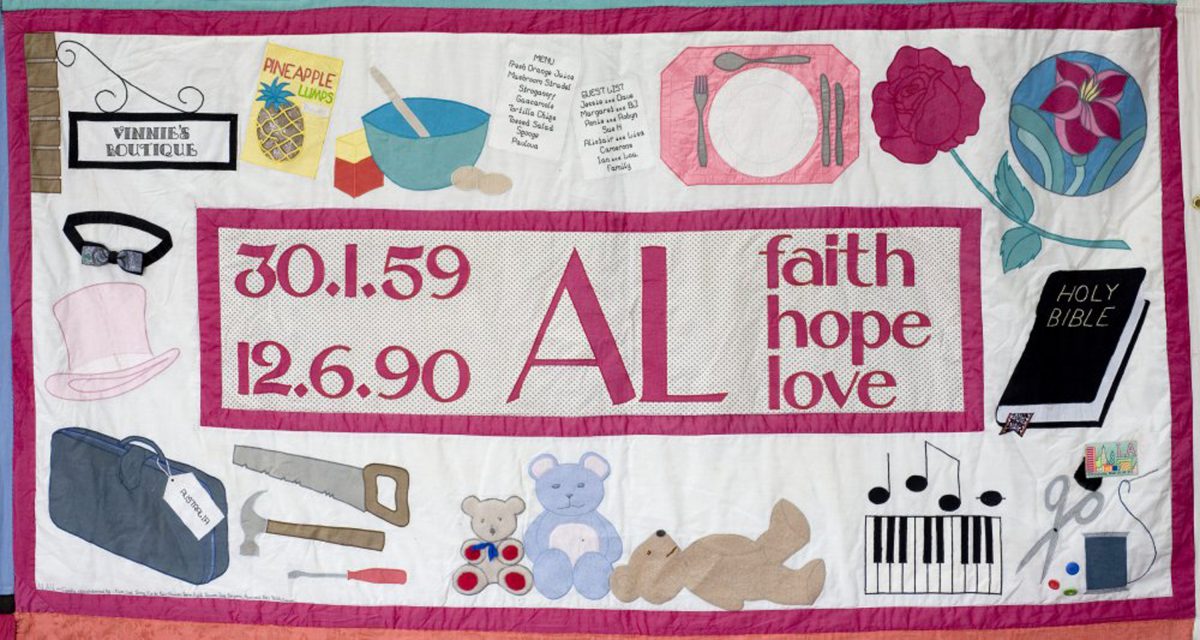 Alan was born the eldest of 5 children, 3 boys and 2 girls. He was a gentle, caring and sensitive child, qualities which most noticeably displayed themselves in the way he kept a watchful eye on his younger ‘daredevil’ brothers, his aversion to anything cruel or scary, and his dislike of sibling arguments, nastiness or bullying.

He didn’t inherit the ‘family shyness’ like the rest of us, but was outgoing and friendly, and had no trouble meeting new people. He always saw the funny side of things and had an accompanying loud infectious laugh, which meant he was a bright spot at parties and family get-togethers. I really miss this. But underneath his bubbliness was still the gentle and caring Al.

He as quick to pick up vibes and undercurrents in relationships, and often knew just how you were feeling. His perceptiveness could take people by surprise if he chose to verbalise his observations/feelings. He disliked superficiality and when friends would sometimes attempt to be something they were not, he would laugh and tell them to ‘cut the crap!’. He was not always open himself, though, and could hide feelings and hurts behind a real deadpan expression if he wanted to.

He was very sensitive as to what people thought of him as a person, but couldn’t care less what they thought about the externals, i.e. dress, interests, hobbies, and so on. I always appreciated and sometimes envied, this freedom he had.

His clothes were anything but dull and boring and whatever he wore he could carry off brilliantly. I remember our “Al’s gone shopping” nights when we were flatting in Sydney. He would arrive home with some flamboyant, trendy or stylishly classic article of clothing, disappear into the bedroom to team it up with something from his hat, tie, belt, or shoe collection, and re-emerge. The result was always impressive even if a bit ‘over the top’ for us to be brave enough to wear ourselves!

He was a superb cook, by far the best in the family, and enjoyed entertaining and eating out. He also kept the lolly factories in business.

He devoured House & Garden magazines and kept wherever he was living looking like a page from one, right down to the flowers – he loved flowers and flower arranging.

He was a cabinet maker by trade, a job which he didn’t mind but may not have chosen had there been more options in our small town, at school leaving age (we imagine him in a Sydney men’s fashion shop). He did his job well, though. When he was in hospital his employers would send a cab for him so he could show someone else how to do the difficult jobs. He was clever with his hands in other areas too, such as stained glass and sewing. Some of his friends were actors, and he would often sew their theatre costumes. The odd shirt for himself was also whizzed up on his machine.

He was the loving guardian to many teddy bears which he really began collecting when he became ill, but the collection included novel, well-loved, ugly, cuddly, big and tiny teddies.

Al grew up a Christian in a Christian home but put Christianity on hold for a while to try the alternatives. He did the full cycle through and gained tons of strength from a growing relationship with God during his illness. When faced with death he knew very clearly what did and did not matter to him in his life, and faced every day bravely and calmly with Christ. His faith, hope for eternal life and love for God and people were a real inspiration to us. He was a brave fighter to the end. We know we will see him again.

He was a neat brother and friend. He brought sunshine and sorrow to our lives and was just too special to ever be forgotten.

The outside border of the Quilt is pretty self-explanatory. In the middle section, the soft warm background was chosen with hearts to represent his soft, warm and caring nature. The bright colour for the lettering was chosen to convey the brightness of his personality.

Thank you for inviting us to do a Quilt, it has been a close experience and was a positive way for our family to deal with many memories. Al would love to have worked on it with us.

Love from his sisters and Mum.