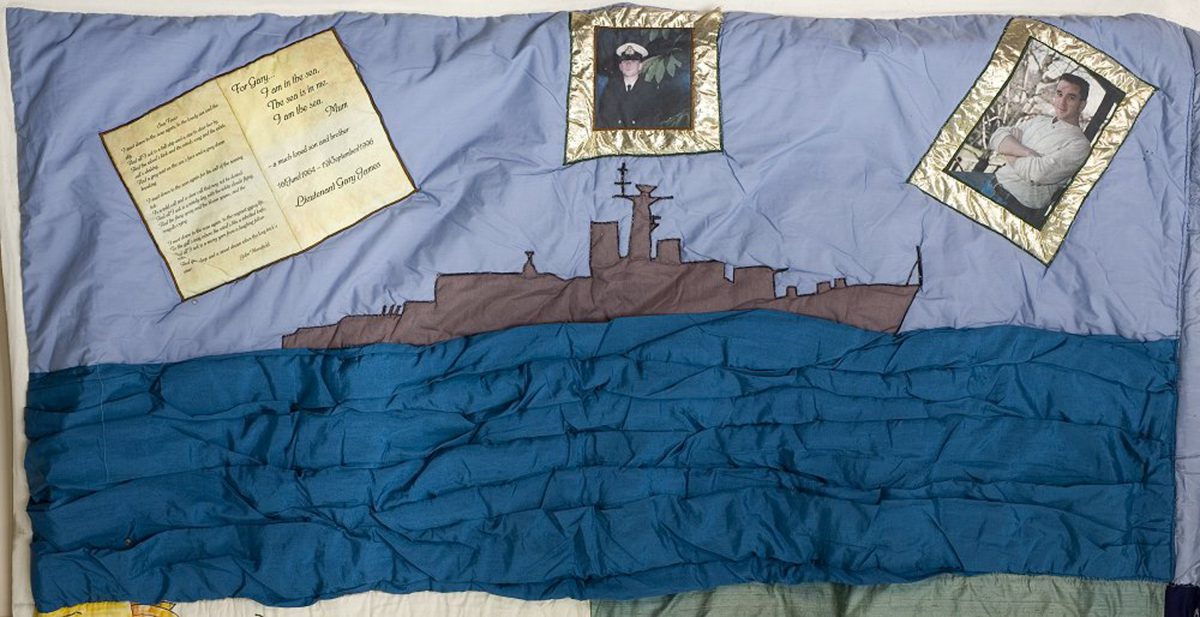 A tribute to a Son and Brother

As far back as we can remember Gary loved the water and the sea, so it was only natural that he should choose the Navy as a career. After several attempts to join as an officer, he eventually joined the Navy as an Able Bodied Seaman. His dream was to work his way through the ranks. After he was unsuccessful the first year he persevered and in his second year, he was accepted as a sub Lieutenant. This was a higher rank than he had hoped for. His determination, patience and hard work had finally paid off when he later became a Lieutenant.

Gary loved the Navy and the love of his life was the sea.
So it must have been with great heartache and sadness that he resigned his commission and left the Navy after a private blood test revealed he was HIV positive.

We, his family, knew he was gay but did not know he was HIV positive, and it must have been a huge burden because he shared this with no one.

Once he had left the Navy he tried a variety of jobs before going to Australia and working on a trawler. He knew nothing of the fishing industry but was quick to learn. It was hard work, with long hours, but he was happy to be back to his beloved sea.

When the season finished he returned to New Zealand for a short time before going to England where he hoped to get a job as a skipper or navigator on one of the many boats and yachts that sailed in and around the Mediterranean.

Sadly this was not to be. A few weeks after arriving in London Gary became ill. He now had AIDS. I went and brought him back home to Christchurch, New Zealand, where I cared for him for a year before he died on the 12th September 1996.

Although that year was a sad, painful and stressful time, it was also very special. We talked, laughed and cried. There was so much love. I witnessed tender moments between father and son, and between Gary and his younger brother, Sean.

There were rare moments when Gary got depressed and angry, but he didn’t complain and I never once heard him say, “Why me? it isn’t fair.” He seemed to accept his illness and early and untimely death with a calm almost grace-like attitude. He had the courage and was brave. He was a son and brother of whom we are very proud.

Gary was a bright light that shone; HIV flickered that light: AIDS dimmed it, and death extinguished it, but for us who loved him, that light will remain forever in our hearts and memories.

Until we meet again, Gary, know that we love you.