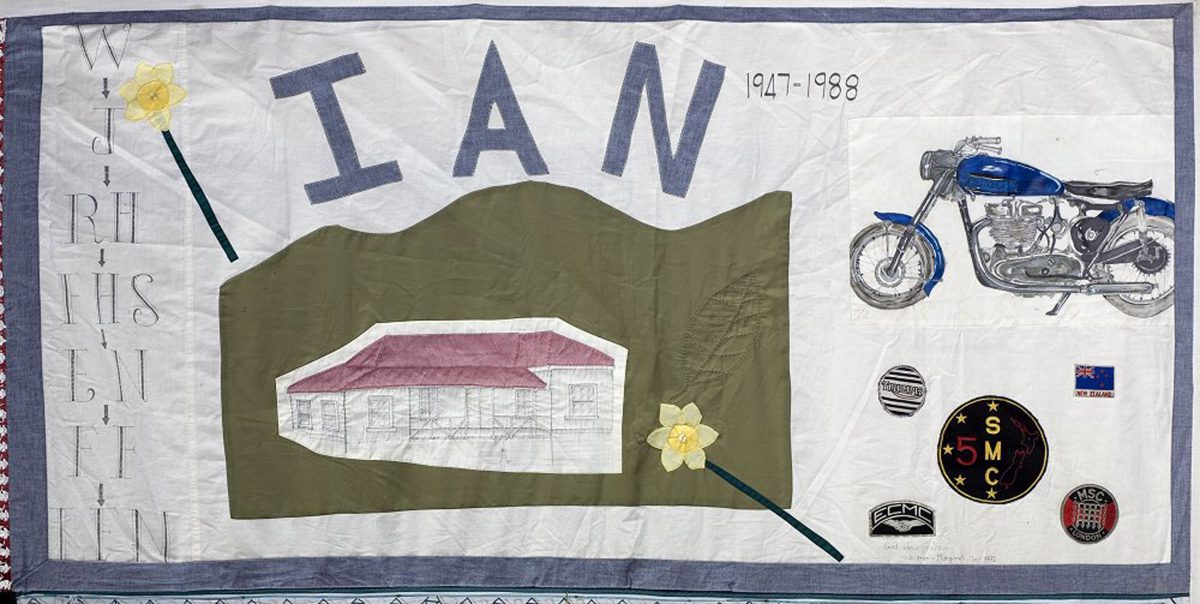 Ian was the oldest of his generation and had a very special relationship with his grandparents. In fact, most of his school holidays were spent at their Ahipara home. After receiving his early education at Kaitaia Primary School Ian went to Kaitaia College where he became Head Boy in 1965. During his college years, and with the support of his mother (who was a founding member of the Kaitaia Dramatic Society), Ian took an active role in stage productions. His major success and still well remembered was his virile handling of the lead in a college production of Hamlet – a role he played a second time at Training College.

After Training College and university studies, Ian returned to Kaitaia to teach sciences at the College in the 70’s. He then taught at several Auckland schools before leaving on the first of two trips to London.

Ian returned from his second trip in November 1985 and taught in Auckland until his illness forced him into early retirement in May 1987. Ian elected to come home to Kaitaia for what proved to be his last 10 months of life. While he was well enough, Ian stayed at his Pukepoto home which is depicted on his Quilt. He bought the land in the early 70’s then purchased the Trimmell Cottage at Mangonui, which was transported over. The restoration and extension of his house was to become an on-going project for 5 years. Ian demolished the original Kaitaia school building in 1974 and the kauri timber from this is incorporated in his home.

Matching his interest in old houses was his research into family history both in New Zealand and overseas. The initials on the Quilt are those of Ian’s ancestors as far back as presently known. Members of the family are aware and grateful that it was Ian who saved many valuable family documents in the form of diaries spanning 1860 – 1941 and many historical photographs.

Ian’s other love was motorbikes. His first was a Jawa, then 2 Triumphs, a reluctant succession of Japanese Hondas and Suzukis, culminating in a Kawasaki 750 LTD. But he really loved the British bikes, hence the “Triumph” on his Quilt. Ian was a keen member of various motorcycle clubs both in NZ and the UK. He had a phenomenal collection of leather gear suitable for all conditions.

It was not until 11 months before he died that Ian allowed his condition to be made known to his family, yet he had known for almost 3 years. This illustrates the almost Jekyll and Hyde existence which we knew Ian lived. He wanted to protect his family yet he also wanted to shout to the world who he was and that he was unashamedly gay.

Ian made the decision to return to Kaitaia knowing that he had our full support, and after a few hiccups, we, in turn, had the support of our friends and community. In fact, Ian and his condition became a real educator.

With love,
Warren and Margaret Matthews (Ian’s brother and sister-in-law)

Ian’s has also provided us with this undated photo of Ian which has started to fade.