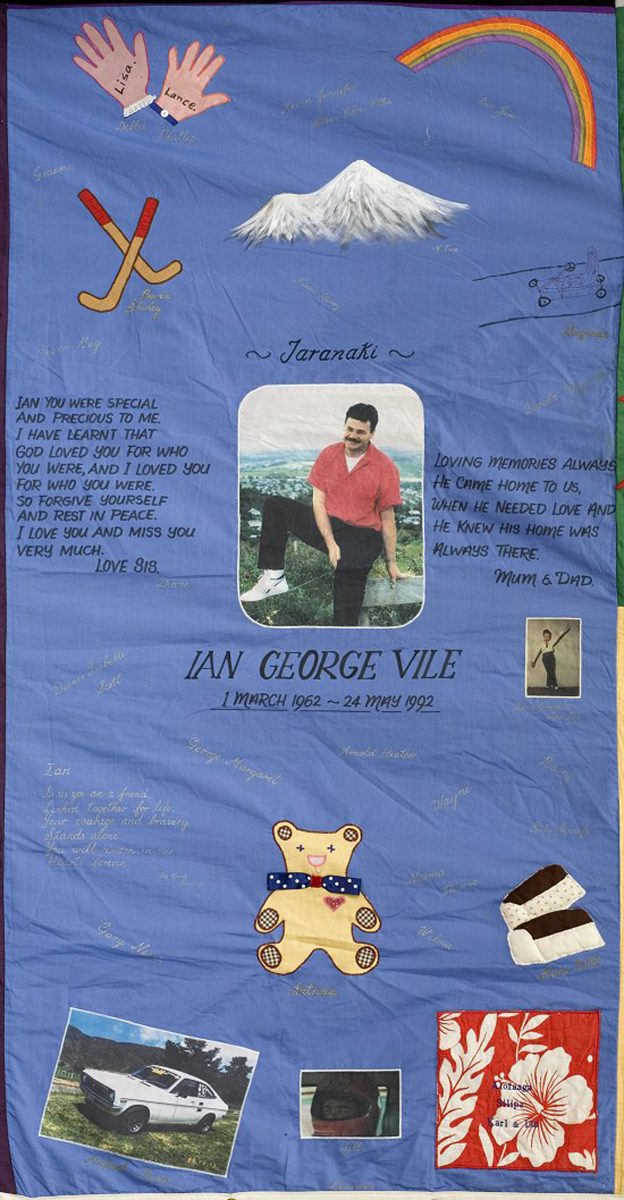 This Quilt is a memorial to Ian, youngest son of Barbara and Trevor Vile of New Plymouth.

Ian was born in Eltham. He attended Eltham Primary and Stratford High School.

As a child he enjoyed hockey and tap dancing.

He began his working life at Spinay Motors, Hawera.

He continued playing hockey when he later lived in Auckland and Palmerston North.

Ian enjoyed life to the full.

The Quilt was thought of, then arranged and sewn by Betty Chainey.

Autographing was done by Colleen Simpson, and Mt Egmont painted by Marilyn Earp.

The Samoan panel was jointly worked by Ian’s flatmate and his nurse in Palmerston North.

An adopted Dutch aunt from Auckland contributed the loaves of bread.

The teddy bear and go-cart were made by Ian’s nephew and niece.

The remaining work was the combined effort of friends and family.