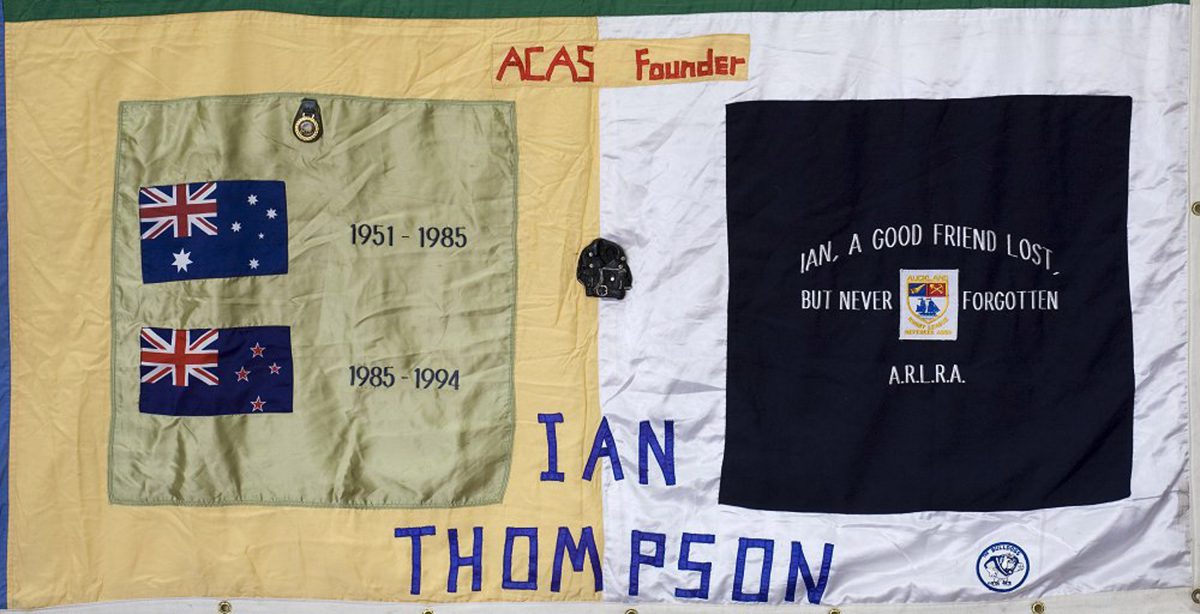 One of New Zealand’s gay community’s most colourful personalities, Ian was also a tireless worker in the area of HIV and AIDS support, and was the driving force behind the establishment of Auckland Community AIDS Services (ACAS) of which he was the first Chairperson.

He also served on the Board of the NZ AIDS Foundation (now Burnett Foundation Aotearoa) representing the HIV positive community, and was one of the founding members of the Gay Auckland Business Association (GABA). He was well known for his questioning of where monies raised from fundraising was spent.

Ian was a man with an ‘up front’ personality, who made a mark on both the Auckland and wider New Zealand community institutions, often in the most controversial of areas, and strongly affected what that community became.

With a Scottish heritage, Ian was raised in Sydney, moved to Auckland in the early 1980’s where he eventually took out New Zealand citizenship. He came to dearly love his adopted city and committed himself to many causes that aimed to improve the lot of gay and lesbian people who live in it.

For ten years Ian worked for OUT! Magazine, running the accounts department as well as helping out where ever he was needed in the community. He was a person concerned with the practical outcomes and his direct approach brought people together and ensured that services worked for the benefit of people they were intended for. He was often found helping out behind the front desk or bar at various community venues throughout central Auckland.

He believed strongly that New Zealanders’ were a very fair people, and was fond of putting forward examples of where people had been ready to reassess their point of view once they are presented with the facts.

His interests also encompassed the world of Rugby League and he became a very highly respected senior referee of the sport and eventually held the position of secretary of the Auckland Rugby League Referees Association.

We have also received this photo of Ian.