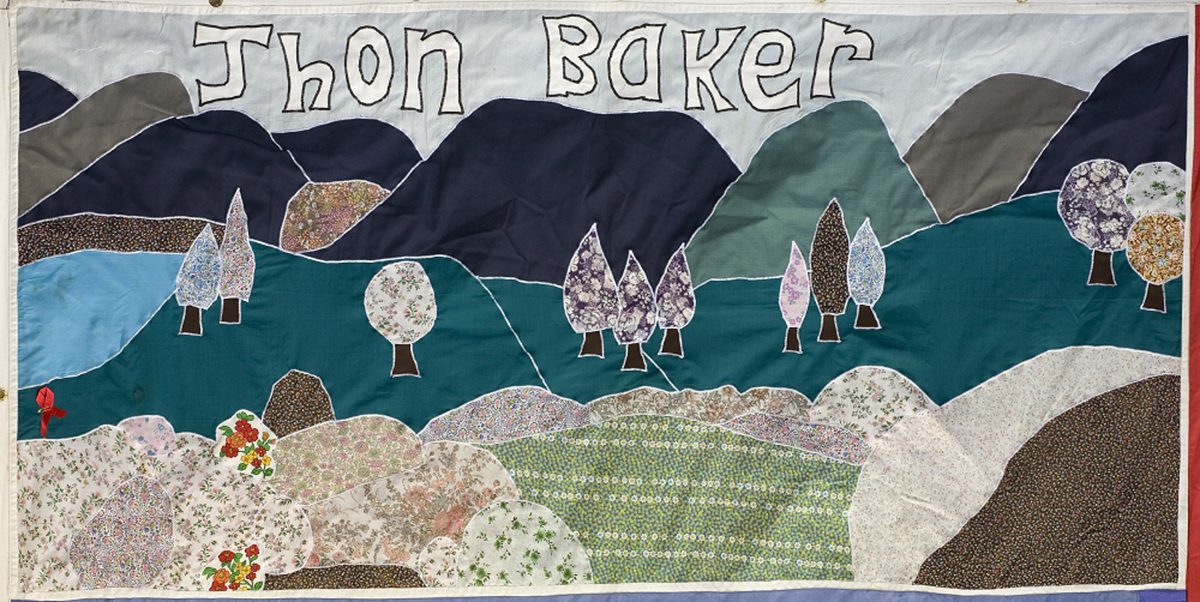 This panel was sent in anonymously, with only this story attached to it.

I have made a Quilt for a man whom I have never met. I don’t know anything about his life except for that which I have read in a book.

The book is called April Fools Day. You may have read it too. It is about a guy named Damon, written by his father, Bryce Courtney. Damon was a haemophiliac in an AIDS ward in Australia when he met Jhon. Jhon’s story made me very sad, I cried a lot as I read about his last days of life. That’s when I thought about who would remember Jhon, his parents didn’t seem to care, his friends were in Sydney, or in the Navy, and nobody visited him in hospital. So I thought his name could be remembered on the Quilt.

Here’s what I have read.

Jhon was in the Navy, he hadn’t kept in touch with his parents, I guess because he couldn’t tell them he was gay. He ended up in the hospital with PCP. Damon was in the room next to Jhon’s and he heard Jhon crying every night, saying “Mum, Dad, please forgive me”. Damon thought he would get in touch with Jhon’s parents so they could be with him, so he called every Baker in the phone book and finally located them.

His parents came and, after hearing from the doctor what was wrong, they went to see him. His mum sat on one side of the room and his dad on the other, as far away as they could get. They didn’t touch him, they didn’t speak to him. They stayed for 20 minutes while Jhon cried, “Mum, Dad, please forgive me” just as he had done every night. He repeated it over and over in between getting oxygen. Jhon’s dad then said, “Come on, woman” to Jhon’s mum, and they left without even saying goodbye.

Damon went in to see Jhon, and Jhon said, “They wouldn’t even touch me”. He died shortly after.

I would have loved to have been there and given love, but I wasn’t, and it was the love of his parents that he wanted. So I made the Quilt.