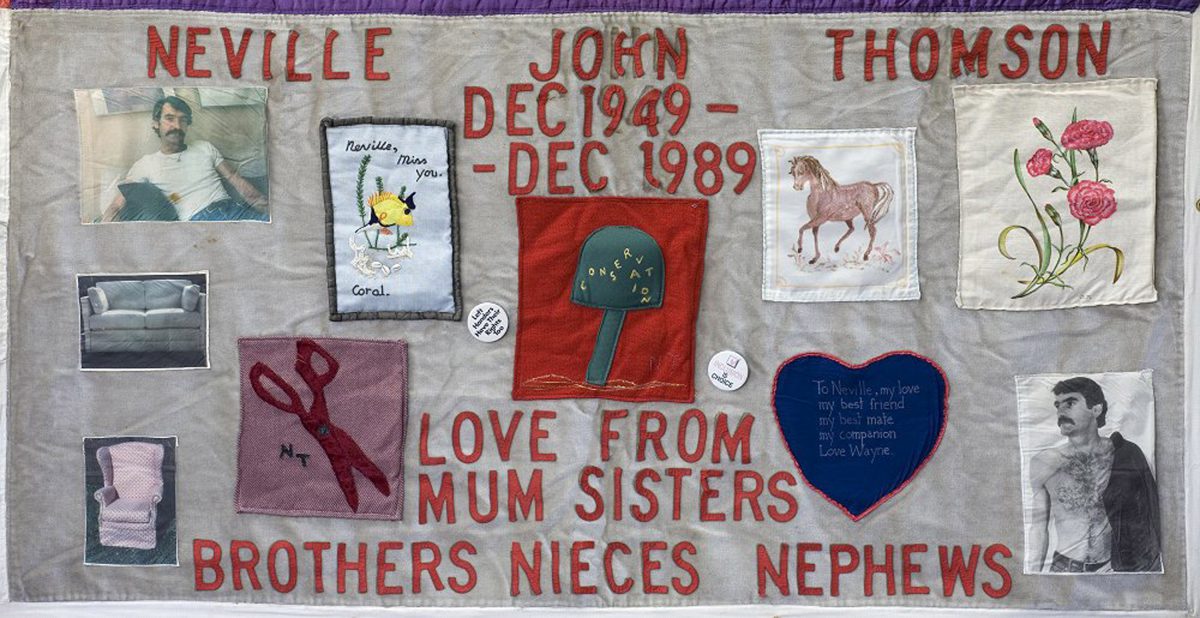 Neville was born at Te Kopuru Hospital (Dargaville area), the third of ten children, and was brought up in Auckland. He was apprenticed to an upholsterer when he left school.

At the age of nineteen, he travelled overseas and lived and worked in England and Scotland for the following eight years. When he came home to New Zealand he set up his own upholstery business. He eventually left Auckland to live and work in Wellington, where he remained until he died.

Neville enjoyed the good life and lived it to the full. He cared deeply for his fellow human beings and was devoted to his partner, Wayne, and to his mother, and brothers and sisters.

SIGNIFICANCE OF THE PANEL DESIGN.

Created by his mother, sister and partner the panel shows:
Special photos of Neville.
The heart with the verse was special from Wayne.
The horse suggests Neville’s interest in having a flutter on the horses.
The seahorse shell design worked by his sister to signify Neville’s love of swimming and the beach.
The scissors and furniture represent his work.
The carnations design was painted by his mother because of their perfume and because they were special to Neville.
The stylised tree represents his interest in conservation and also his love of conversation and arguments over issues.