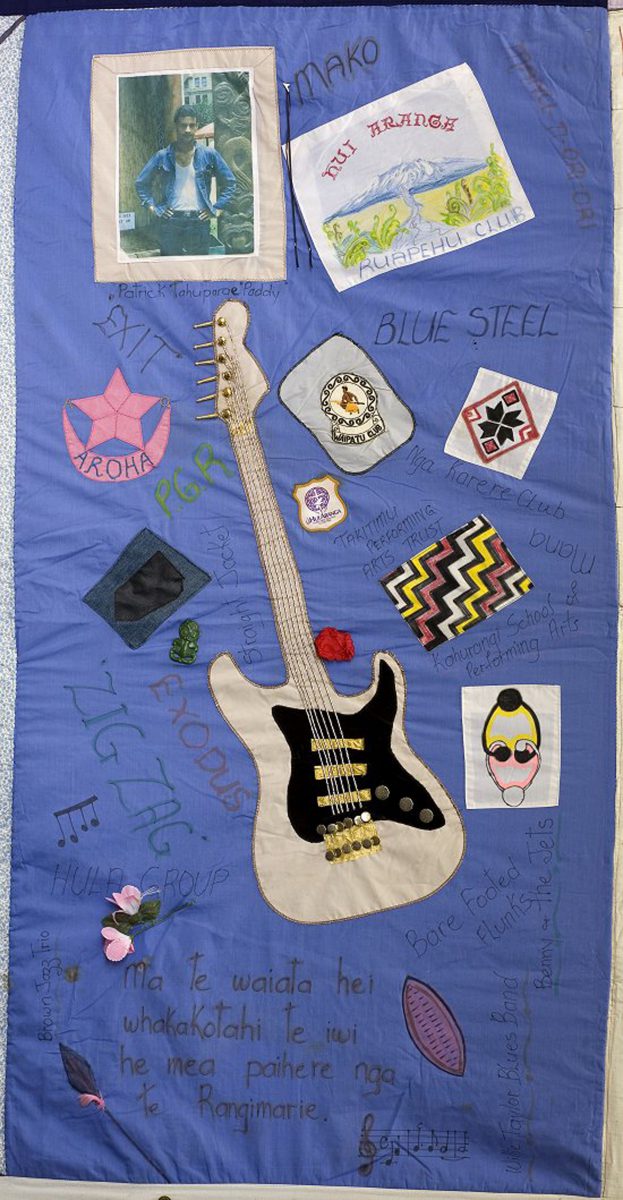 Patrick was born April 8, 1958, in Wanganui. He loved music from a very early age, fostered by his paternal grandfather, Rangitahi Rahuparae, and great-grandmother, Wiki Pumipi, singing to him as they nursed him while a baby. He moved to Hastings at the age of 2 with his family.

His interest in music grew, and at age 5 his Auntie Kura gave him a piano. He loved this and when it was time to take lessons his teacher felt he had a natural talent. He was already playing by ear and could play whatever she showed him. He learnt to read music enough for him and then switched to guitar – electric and acoustic. He then formed a band while at the high school called “Bare Footed Flunks”. He was also a secondary school rep in athletics for Hawkes Bay.

He continued to improve and then moved to Wellington and played a big part in forming bands down there, these being “Make”, “Xit” and “Exodus”. His playing became well known and in 1984 he auditioned and moved to Sydney to play for Tukitimu Trust in nightclubs. He continued to experience many forms of music, and came back to Hastings in 1987 and assisted with music schemes.

He also became well known as a lighting and sound expert and assisted at many big venues, notably Sesqui, The Hui Aranga, and the Ratana Music Hui, plus taking part in Maori Culture. He joined “Zig Zag” and travelled with them. He also toured with Davinius, Eddie Low and the Drifters. In between these tours, he went home to Ohakune and formed his own family band “Blue Steel” which did many Maori and Polynesian shows in the central and lower North Island.

His preferred styles of music emulated Stevie Ray Vaughan and Gary Moore, plus other greats like Jimi Hendrix and Eric Clapton.

His work, his hobby, and, indeed, his whole life was dedicated to music. He enjoyed the pleasure it gave to others, often playing without any monetary reward. And this is how we remember Paddy, in the sharing of the great talent he had.