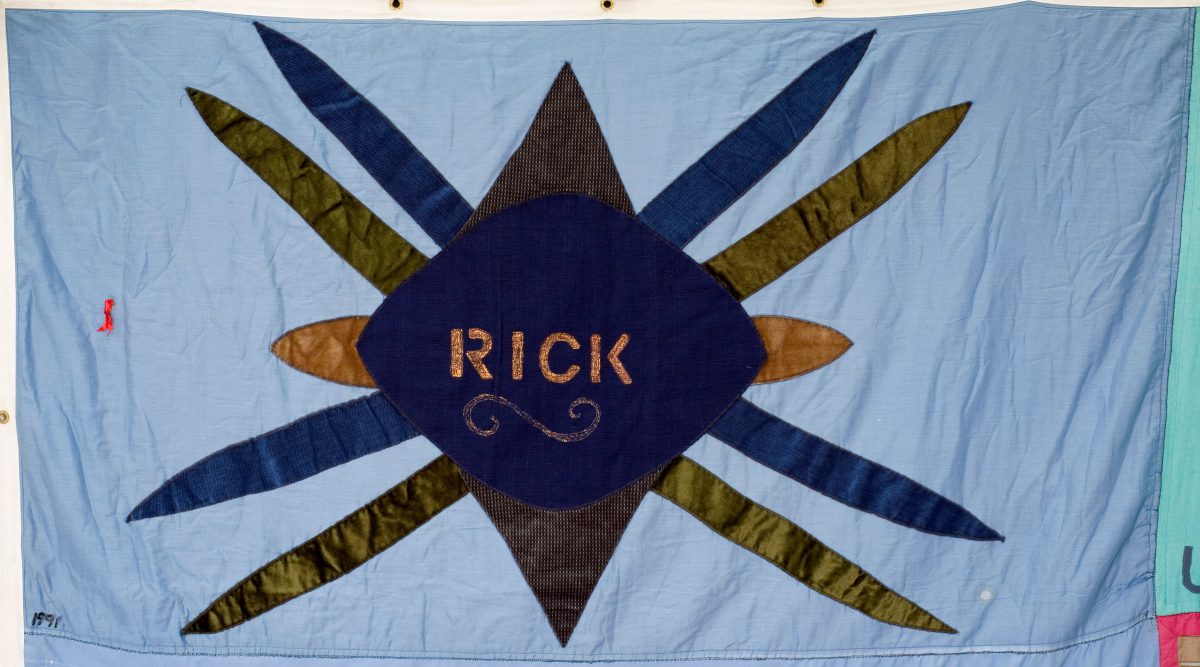 Rick was a New Zealand man, who had travelled extensively overseas, opened many restaurants and was a fabulous chef and maitre de.

He never made a “deal” about being gay so I wanted the Quilt to reflect more his energy, sparkle, and the tremendous sense of style, rather than aspects of his life that always remained obscure to me.

Rick came to terms with his gayness and his AIDS diagnosis all at once, and it was initially a tremendous struggle. A week before he died, his lover and friends hired a stretch limo and transported him to Piha, and had champagne and pate. He died at home amidst his friends and family.