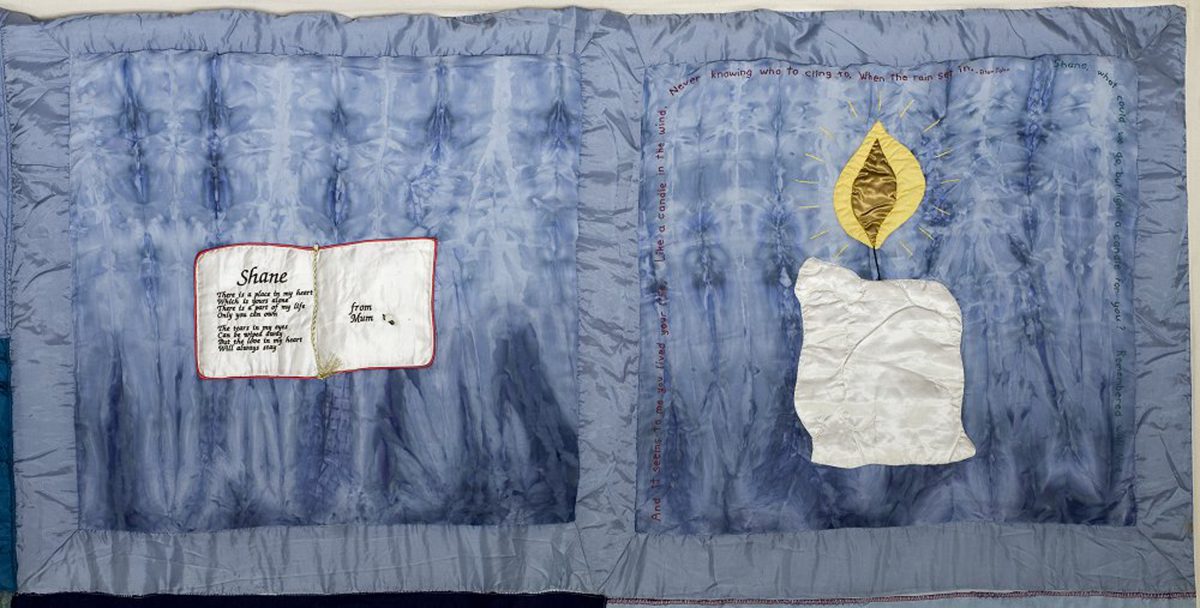 Shane, we had no other way to show our grief for you.

It was terrible to have heard on the ‘grapevine’ two weeks too late for your funeral. And then the weeks – no, months, as piece after piece was fitted to the puzzle.

I wish so much we could have known the person behind the mask, behind the uniform. That is forever lost to us now. So many lost opportunities.

As the panel says: “What could we do, but light a candle for you”.

This is a candle that will never burn out.

Love from Lisa and Paul.

Shane, you were such a special son and friend. You gave so much love and you took so little. You were always there for me when I needed someone and it breaks my heart when I think that I was unable to be there for you when you needed me so much. If only you had had the courage to tell me. If only I could have held you in my arms and comforted you.

But you are with me every day now. In everything I do and everywhere I go.

You were everything that I would like to be, Shane.

I love you and miss you so much,
Mum

Words cannot express how I feel about losing my 28-year-old son, Shane, to an AIDS-related condition.

Shane died just 14 days after finding out he was HIV positive, and out of those 14 days, he was conscious for only 8.

Sadly, I did not know of his diagnosis until he was unconscious.

This has caused me so much heartache. Those precious days when he felt he could not tell me, and at the same time I knew there was something terribly wrong and he didn’t want to talk about it. I know how devastated and frightened he must have felt.

Those few precious days when I could have said so much to him but felt that when he was feeling a bit better he would be able to talk about it. Then suddenly that opportunity was gone.

How much better equipped we would be to deal with the grief and aftermath if when it was over we knew in our hearts that our son or daughter had known we were there for them and had loved and supported them through this terrible time.

How much better equipped our children would be to deal with this devastating news if they knew they could safely come to us and say, ‘I am really ill and I need your love and support’.

I now realise how important it is, that if you think that your son or daughter is in trouble, say something, don’t leave it.

My one hope would be, if I could change the thinking and the actions of just one mum or dad by telling my story, then something positive would have come out of what was my tragic set of circumstances.

Kia ora,
I was wondering if you had any records of who made these panels, and any way to contact them (other than the names mentioned on the webpage)?

ADMIN NOTE – Kia ora Jason, I’m afraid all we have at this stage is what is included in the webpage. If anyone sees this and has more information about this panel, we’d love to add it as a memory to this page for Jason and others to read. Please leave a memory below and thank you.