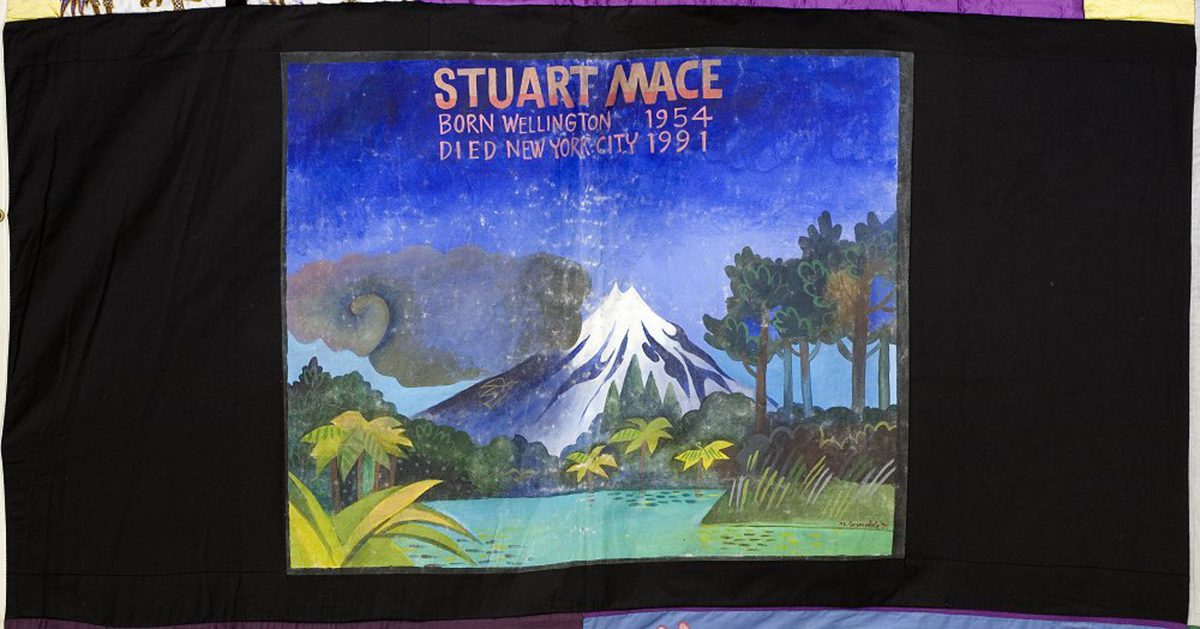 Our dearly loved son, brother, uncle and friend, Stuart, grew up on the eastern slopes of Mt Egmont. At about the age of 17, while at university, he came to the realisation that he was gay. Because of the homophobia in New Zealand at the time, once he finished his degree, he moved to London where he spent several years before heading to the big metropolis of New York. It was there he contracted HIV.

I will always remember the way he didn’t blame his partner but took responsibility for himself by saying he should have been more careful.

A caring, generous man, he gave his final months to counselling those living with AIDS. He introduced us to many wonderful friends and to a city full of caring AIDS workers. He died in New York City on 15 December 1991 at the age of 37 with myself, his sister, and our mother at his side.

This piece is dedicated in loving memory by his family and New Zealand friends. It was painted by Murray Grimsdale, a gay Auckland artist and illustrator of books, including school journals. The painting was commissioned by his and our friends, Jeffery Buchanan and Stuart Watson.