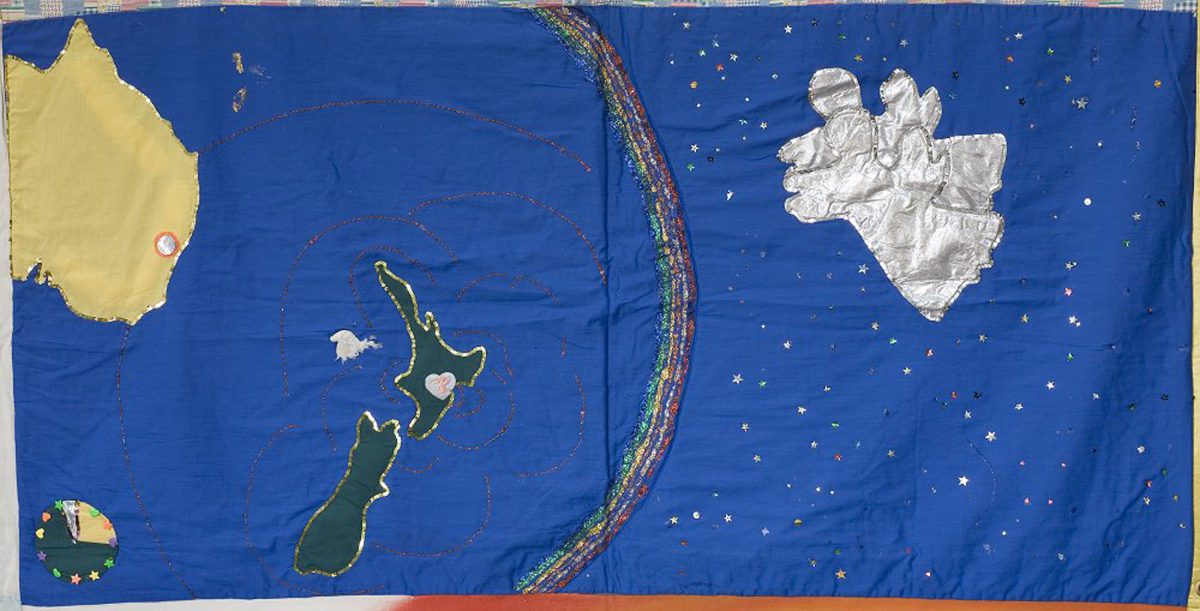 The symbols on New Zealand and Australia represent the places where Eve lived – three years in Australia and eight and a half in New Zealand.

The ripples going out from New Zealand represent Eve’s message about HIV and AIDS going out to the rest of the world.

The dove flying towards Australia represents the peace that was able to go back to Gosford as the people apologised to Eve and her family for the hurt and prejudice in the first three years of Eve’s life. (Eve and her family came to New Zealand when she was shunned in her hometown)

The large Angels represent the unseen Heavenly Realm watching on.